When good messaging is done well, it’s easy for everyone to understand and repeat, and can be delivered in many forms.

What’s the message? What’s the voice? What are we saying and who are we saying it to? How is it being said and through what channels? What’s your message in long form and in short form?  What does it look like in a formal context and what does it sound like spoken casually? Lot’s of considerations and at this point, we’re probably thinking about all the ways “messaging” can be seen and shared, and how important it can be for an individual or organization.

Think about it, what’s the messaging of the United States of America, Space X, Mountain Dew, Dr. Phil, or the next candidate for Senate?  What are they saying to the world, their audience, and their inner circles?

Ideally, it’s something cohesive, truthful, and clear so it can be shared and repeated by others, many others. And a change of message can be okay too. Changes in direction and of mind are part of iteration, exploration, humility and ultimately more truth. A change might be tricky to explain or possibly to defend, but if it’s a truthful change, then it’s likely an easy decision to make.

“…Your messaging is based on some truth inside your organization. You might know it in your heart or mind, but do the others?”

So whether it’s a new message or the beginning of messaging, carrying it out can take some thoughtfulness, savviness, scripting, and storytelling.  Once you know the story, you can synthesize the message into bite size quotes or long form transcripts.  (Btw: Now’s a good time to make a note to check out the “Brand DNA” article. It’s all about identifying what the story is from which good messaging is based. And what is any story about really? Something truthful. Even fairytales and science-fiction is based on some “truth.”)

And so, your messaging is based on some truth inside your organization. You might know it in your heart or mind, but do the others? You may have never put much thought into it because you might think your product is “lifeless” or inanimate. Maybe you sell garden hoses and don’t think it makes sense to create messaging or story around your product’s domain. But can you 100% bet on the other garden hose companies NOT connecting the narrative dots of a homeowner’s garden hose> to their lawn and home> to environment and nature> to planet earth, and then ultimately winning out as a brand because they made a humanistic connection to something that matters to everyone holding a garden hose and then became a more memorable brand because of it.

Was that a reach?  Well, if they win and your company or campaign loses, it doesn’t matter too much what you think but you’ll have plenty of time to debate it a few years from now with more time on your hands. That may sound a little dramatic but here’s some straight forward reality – garden hose owners care about their yard, nature, and everyone certainly likes to hear from the winners.

Take a moment to imagine all the qualified candidates who had run for some public office but lost because their message was weak or unfocused. They weren’t communicating an impactful or memorable message.

When good messaging is done well, it’s easy for everyone to understand and repeat, and can be delivered in many forms. 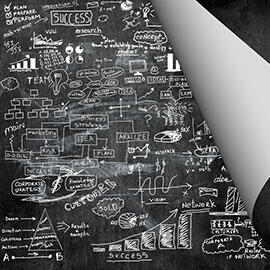 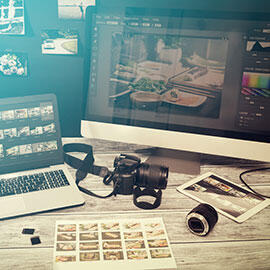 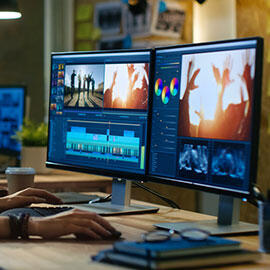